The present study was designed to develop and describe the psychometric properties of the Sense of Belonging Scale (SoBS) among adolescents for the teen’s sample. The research included three distinct studies. In Study 1, item pool generation and evaluation of content validity of the new scale by expert panel were carried out. In Study 2 (n=412), the factor structure of SoB was examined with Exploratory Factor Analysis (EFA) and the internal consistency of the new scale was evaluated. In Study 3 (n=362) Confirmatory Factor Analysis (CFA) was performed on the items determined by EFA in a different sample and the convergent validity of the new scale was assessed. EFA results displayed that SoB had five factors accounting for 43.064% of the initial total variance and CFA results confirmed that these five distinct but correlated factors were related to school belonging, home country connectedness, religious affiliation, culture connectedness, and family belonging. The internal consistency (Cronbach’s alpha and McDonald’s omega) of the SoBS was 0.90 and all subscales had high internal consistency. To assess the convergent validity, SoBS was administered together with Psychological Wellbeing (18 items), Rosenberg Self Esteem Scale (RSES), Positive and Negative Affect Scale (PANAS), and Beck Depression Inventory (BDI). The results revealed that SoBS was positively correlated with the Psychological Wellbeing, positive affect, and RSES while it was negatively correlated with negative affect and BDI. Test-retest reliability (N=83) for total SoBS was 0.81. Findings suggest that SoBS is a psychometrically valid and reliable tool to assess sense of belonging among adolescents. 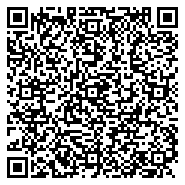